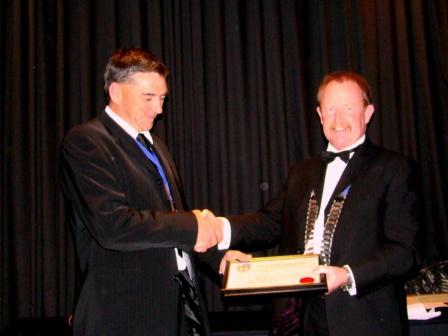 Earlier this year we reported that each year the IOQ International Presidents select the best paper given at an Institute conference, seminar, meeting etc anywhere in the world which is adjudged to have contributed the most to the advancement of some aspect of the industry – either technical, environmental, strategic etc.

NZ President, George Kelcher was present at the International Presidents’ Meeting held this year (2009) prior to the Southern Africa Conference (Durban) where this year’s entries were judged. And now at the Invercargill conference he really enjoyed presenting the Caernarfon Award to Darcy Maddern.